Why Everything You Think You Know about Black Holes is Wrong: The Role of Nuclear Warfare, and the Importance of Trusting Your Analysis

So your fantasy has finally come true, you’re a space explorer!

As you roam the universe making your discoveries, intrepid though you are, even you know to avoid getting too close to a black hole. Your only hope is to avoid orbiting suspicious patches of darkness since black holes are so massive nothing can escape their gravitational pull, not even light, and this makes them nearly impossible to find. Well… almost.

What if I told you that black holes are just almost black? To better understand this we’re going to have to take a field trip through nuclear science, nuclear warfare, and the importance of trusting your analysis.

For this topic we will specifically be discussing a part of the electromagnetic spectrum referred to as gamma rays, found on the left of this image: 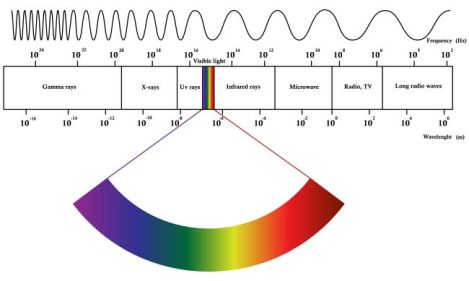 Two of the four ways gamma rays can be produced are via nuclear fusion and nuclear fission (Lucas, 2018).

Nuclear fusion occurs when extreme pressure forces the protons in the nucleus of one element to combine or fuse into another, heavier element. Using the ever famous E=mc2, the resulting difference in mass is converted to energy. Some of that released energy is emitted as gamma rays. The fusion of hydrogen into helium is what powers our sun (Lucas, 2018).

Nuclear fission occurs when the nucleus of a heavy element collides with other particles and is split into lighter elements. The particles resulting from this collision can then go on to collide with other heavy nuclei, which go on to do the same, resulting in a chain reaction. The resulting loss of mass from each split is converted to energy, again using E=mc2, some of which is emitted as gamma rays (Lucas, 2018). Fission reactions using uranium or plutonium are at the core of most nuclear weapons.

After the use of nuclear weapons against Japan at the end of World War II, their popularity as a status symbol for world powers blossomed. With this popularity came a variety of weapons tests as nations learned more about their effects and thermonuclear weapons (two-stage fission-fusion reaction) entered the mix. As testing increased, so did knowledge of the effects of fallout, “and as it soon became apparent.. no region was untouched by radioactive debris” (U.S. DoS, 2009-2017).

Due to concerns involving the effects of fallout, many nations came together to eventually sign the Treaty Banning Nuclear Weapon Tests in the Atmosphere, in Outer Space, and Under Water or as it is more commonly called, the Limited Test Ban Treaty of 1963 (U.S. DoS, 2009-2017). Although treaty compliance verification was a major point of debate in forming this treaty, national technical means was the finally decided method.

The Importance of Trusting Your Analysis

So what does any of this have to do with black holes? I’m glad you asked (and that you’ve made it this far). In the late 1960s, Vela recorded bursts of gamma rays that did not resemble non-compliant nuclear testing and scientists soon discovered these bursts originated from deep in space, each lasting no more than 30 seconds (Bartusiak, 2018 and NASA, 2003). Technology advanced and now we know most gamma rays in space are emitted from the creation of black holes and the collision of neutron stars (Bartusiak, 2018). However, the gamma ray bursts lasting less than a tenth of a second still defied explanation.

In 1973 Soviet physicists, Yakov Zel’dovich and Alexei Starobinsky, suggested if a black hole is rotating the rotational energy would be released as radiation and the black hole would create particles (Bartusiak, 2018). Stephen Hawking expanded upon this theory explaining that all black holes would emit radiation, regardless of whether they were spinning, due to the energy of their intense gravitational fields (Bartusiak, 2018). Contrary to accepted black hole physics which claims black holes are, by their very definition, so massive that nothing can escape their pull, this theory would suggest black holes are slowly losing mass over time in the form of particles and will eventually disappear in a final violent explosion; or in the words of Hawking himself, “black holes ain’t so black” (Bartusiak, 2018).

Although Hawking estimated a black hole the size of several stellar masses would take longer than the current age of the universe to die, he also suggested the creation of micro-black holes as our universe began (Bartusiak, 2018). These “primordial black holes” (imagine a mountain compressed into the size of an atom) would experience accelerated loss over time and be going through their death throws now, releasing the same amount of energy as a million one-megaton thermonuclear bombs in the form of gamma rays (Bartusiak, 2018).

Hawking’s theory illustrates the distortion of space-time near a black hole to the point the energy of its gravitational field is converted into a matter / antimatter particle pair. Since time and distance is so fuzzy at the submicroscopic scale, it is possible for half of the particle pair to be pulled into the black hole while the other half escapes reducing the overall mass of the black hole by a tiny fraction, causing it to slowly evaporate one particle at a time (Bartusiak, 2018). In the case of a “primordial black hole,” the release of energy in its final moments would be a brief burst of gamma rays, like those first recorded by Vela, the nuclear test detection satellite (Bartusiak, 2018).

When Hawking presented this theory in 1974 at a quantum gravity conference he was met with heavy criticism from his peers, with the chairman responding that it was “absolute rubbish” (Bartusiak, 2018). However, as time progressed it became more and more clear that Hawking’s discovery demonstrated the deep connection between gravitational and quantum mechanics (Bartusiak, 2018). While searching for an answer that can explain the combination of these fields has eluded scientists for decades, Hawking proved their unification was in the realm of possibility.

You’re Awesome, but Also a Little Creepy: Part One

So, if I’m being completely honest, I’m a bit torn as to how I feel about the amazing thing that is my brain.

On the one hand, there are an awful lot of reasons why it’s pretty damn awesome. For instance, I’m currently taking 6, count them 6, prescription medications every day. Side effects of this veritable pharmacy include:

Perhaps you notice the pattern here.

Really, it’s any wonder I’m not wandering around constantly nauseated because I’m so damn dizzy all the time, all the while shaking uncontrollably and being moody, confused, and generally terrified of alcohol. And grapefruit.

It’s seems to me, despite the ridiculous ways in which life has seen fit to completely fuck me up, my brain (and body) have done a pretty good job of remaining sane and functional. Here’s to you, Me:

Are you lost? See Part Two and Part Three

It’s all true. The government is spying on us.

YEP, another post today. But this one happened yesterday. And sort of the day before. So I am writing this from the past. Which is actually relevant, for once.

SO, does this ever happen to you?? 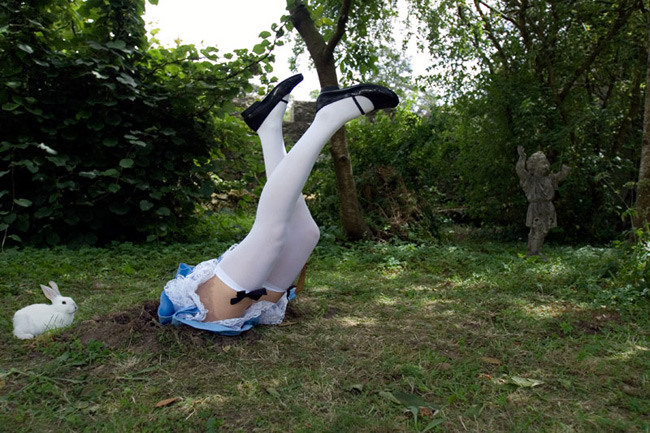 Okay, so not really that. I mean you think of something and decide you want to know more about it. So you look it up. And while reading that you come across something else you find interesting and look that up. This leads you to something else and before you know it you’re lost in a sea of knowledge drifting ever further from where you began until you don’t even know how you got there.

Yeah. That happens to me a lot.

So this time, I started by looking up something and an hour later found myself looking at this:

Why yes, I do want the color exaggerated version, NASA. You know me so well.

No. Courtesy of the Cassini Solstice Mission. And the best part is we’re in it.

So now I am going down the rabbit hole and I must know why NASA has this picture of me.  Should I be worried? Am I being stalked by Cassini from space? Do I need a restraining order or is there a moon-made ring in my future?

It’s time to roll up those sleeves, because we’re diving in.

So according to the official data, this is a compilation of 165 images taken by Cassini’s multiple instruments over a period of 3 hours on September 15, 2006.  One of these instruments can image a 2.4cm area from a distance of 4km.  This particular series covers 260km (or 162miles) per pixel.  I’ll give you a minute to let that sink in….

Also, this is a picture of Earth from the past.

As I looked at this, I began wondering how far in the past the Earth was from the point of view of Cassini.  Not how old, how far in the past. For example, the Earth is roughly 8.33 light minutes from the sun.  So technically if you notice the sun is glaring off your computer screen like it does, it was actually in the position to do so 8.33 minutes ago and has since moved on.  You’re seeing the sun on an 8 minute delay.  Still with me? Good.

Now, Saturn is roughly ten times as far from the sun as the Earth and, as you can see, Cassini took this photo from beyond Saturn while facing the sun. So I looked into the statistics and found that Cassini was 2.2 million km from Saturn when it took this:

This means Saturn was roughly 7.3 seconds in the past to Cassini at the time the images were captured.

Which means Earth was roughly 83.4 minutes in the past to Cassini at the time the images were taken.

So really what we’re looking at is:

Imagine you are Cassini. And math happened. (click to expand)

These images were then sent to Earth via one way radio transmission at the speed of light taking roughly 1hr 24min to get here.